Showing posts from July, 2015
Show all

Problems That Fix Themselves - besides 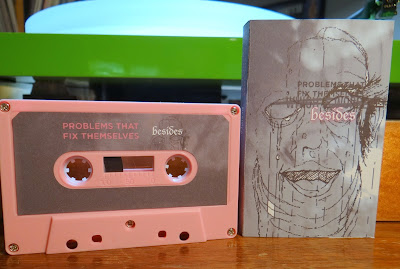 b-sides or besides, very nice word usage from Problems That Fix Themselves. This tape is exactly that, tracks not making it on the vinyl album Which is Worse. The earlier lp was on the blog back in March of this year. The new cassette is six tracks and right around thirty minutes. The sound is thick for besides, making this listen more concise and a little darker than the lp. The best words to describe besides for me are a grandiose electronic fog with blinking lights in the distance, heavy listening through, brief moments of letting up, and then sounding even more impenetrable on subsequent tracks. There are beats and then pure washed out drone. Then there is the longest track "medley", this is a different sound than the rest. More industrial, like a soundtrack to a futuristic cartoon, where robots are assembling a fleet of space craft that shove off into the void near the end. I really like the track just before this "restless", like a pleasant cruise in a clim
Explore Sounds » 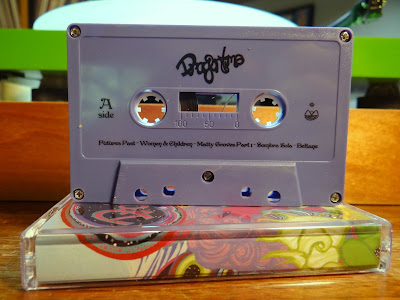 Ready for a modern sound spiritual journey? Dragontime has the connotation of being a fantasy adventure, but this cassette is far from the world of the PBS inspired show Dragon Tales. Robin MacMillan and Kephera Moon have composed an illusive and difficult to label, jaunt through serene and soothing sound landscapes. The first track "Futures Past" is a mesmerizing beginning with a Native American beat juxtaposed with ethereal synthesizer gently dancing over the flickering fire. This is followed with an angelically sung and simply composed track titled "Women & Children". Moving along is helped by a western style played organ on "Matty Groves Part 1". Dragontime is drifting by quickly and the patterns recorded for the listener are so varied. You would think this causes cacophony, but a very cultivated approach  bonds all of the tracks together. As the fourth track begins, the beat changes again and is accompanied by beautiful vocals. Sound patterns ch
Explore Sounds » 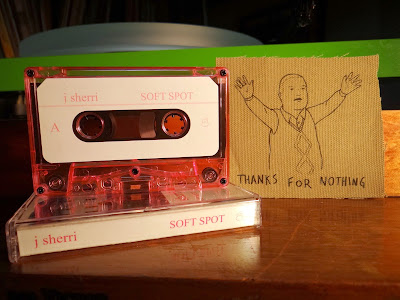 This cassette has been turning over consistently in the deck for the past few days. There is so much good music out there, and as an avid listener, i like to hear as much as possible. Sometimes you hear something and it just clicks in place for you. A multitude of variables go into this, like the kind of mood your presently in and then your disposition over a longer period of time. What time of day it is and how energetic or tired you are. There is this point, when all of the x y and z's pinpoint a piece of music and your incarnate stumbling self. Like a nail gun firing into your shoe, fortunately right between your big and second big toe. You are stuck to the floor because it happened to be wood. It's cool though, you are happy and not hurt at all. Just thinking how often does this happen. You stare or in this case listen with amazement. So i was pecking on the keys and dragging the mouse around by the collar. J Sherri pops up on the screen. That is a funny picture... Looks
Explore Sounds »

Igor Amokian and Army of 2600 - Welcome To Glitch World 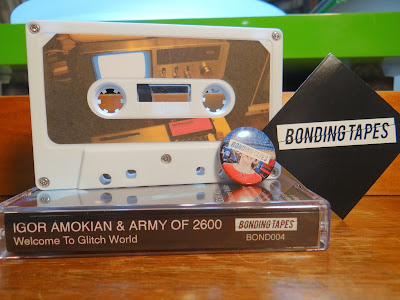 Boxes in basements are being ripped open from the inside. What was once shelved as obsolete has been building resentment while resting in tucked away places. The time has arrived and Atari 2600s across the world have been summoned forth by Igor Amokian and Army of 2600. Marching into 2015, not just demanding to be heard but rather welcoming listeners to join the ranks. As only a meager private in the Chiptune Corps, my knowledge of this sound grows with each push up, every three mile run and with all of the new sounds provided by training officers like Igor Amokian and Army of 2600. This is their world. Music is foreign. Sounds live in an unrecognizable medium that paralyzes new recruits as they try to make rank. There are moments when i hear my youth. Maybe a memory of the hum of the coolest game room you ever walked in. Distinct sounds from one machine moving like a centipede from one console to another. At all times the noise almost deafening, trying to drown out exuberant feeling
Explore Sounds » 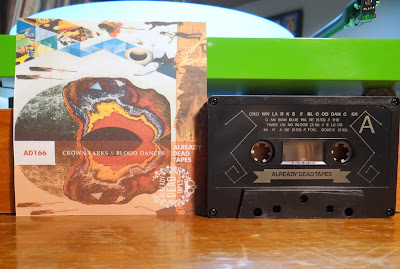 Sometimes the combination of so many well cut pieces of stone create a structure that causes wonder. The musicians on Crown Larks have come together creating an amalgam eclipsing each individual member. The sound is ultimately difficult to pin down and that is decisive. I think i read words like free, rock, avant-garde, jazz and eclectro. Those are nice words for throwing labels on this for the shelves of the radio station. I feel the best description of Blood Dancer is six musicians bringing a vast amount music love, listening knowledge and skilled instrumentation to one album and laying down a cairn for everyone on their listening journeys. The first time I listened to Blood Dancer my minds was lost at what to think. Was not sure how to like this one. After rolling through the cassette repeatedly, I have realized there is so much more than rippling sounds on the surface. Fathoms of intricacy can be heard below and with each listen this meter gets deeper and deeper. Crown Larks
Explore Sounds »
More posts
lost in a sea of sound