- March 11, 2015
Have you ever watched an assembly factory make something? The production line moves steadily and every piece is added then cut, screwed, welded, baked and dried.....  Tim Cosner's DEADTECH​/​MODERNHOMES reminds me of this process. Although the simplicity of filling a bottle of soda and capping it is far away from the complexity of this facility. The tracks on this tape are of alien nature. Things are being constructed, and we know not what they are.

The sound hear is beat mechanics. Rhythmic pounding accompanied by unknown synthetic laser adhesive. There are moments when the sound multiplies and drives with velocity. Then tracks slow down and massive objects emerge from the slower pace. Voices are heard sporadically throughout the cassette. Theses are throwbacks to some distant industrial wave of the past. The sound is always crisp and cuts deep into your brain. You become part of the automated assault of the interloping extraterrestrial consciousness.

This is Bonding Tapes second release and the debut for Tim Cosner. How they found each other is a synchronism that propelled Bonding Tapes to bear existence. Tim had a track on Quality Time Vol. 1, making DEADTECH​/​MODERNHOMES an excellent choice. Tim Cosner is the first artist to have an individual cassette on the label. The sound on this cassette is really challenging to describe. I did my best, but there is so much more, sheer words can not relay. You will be pleased with a full listen to this. Tapes are available but will be dwindling in the future. 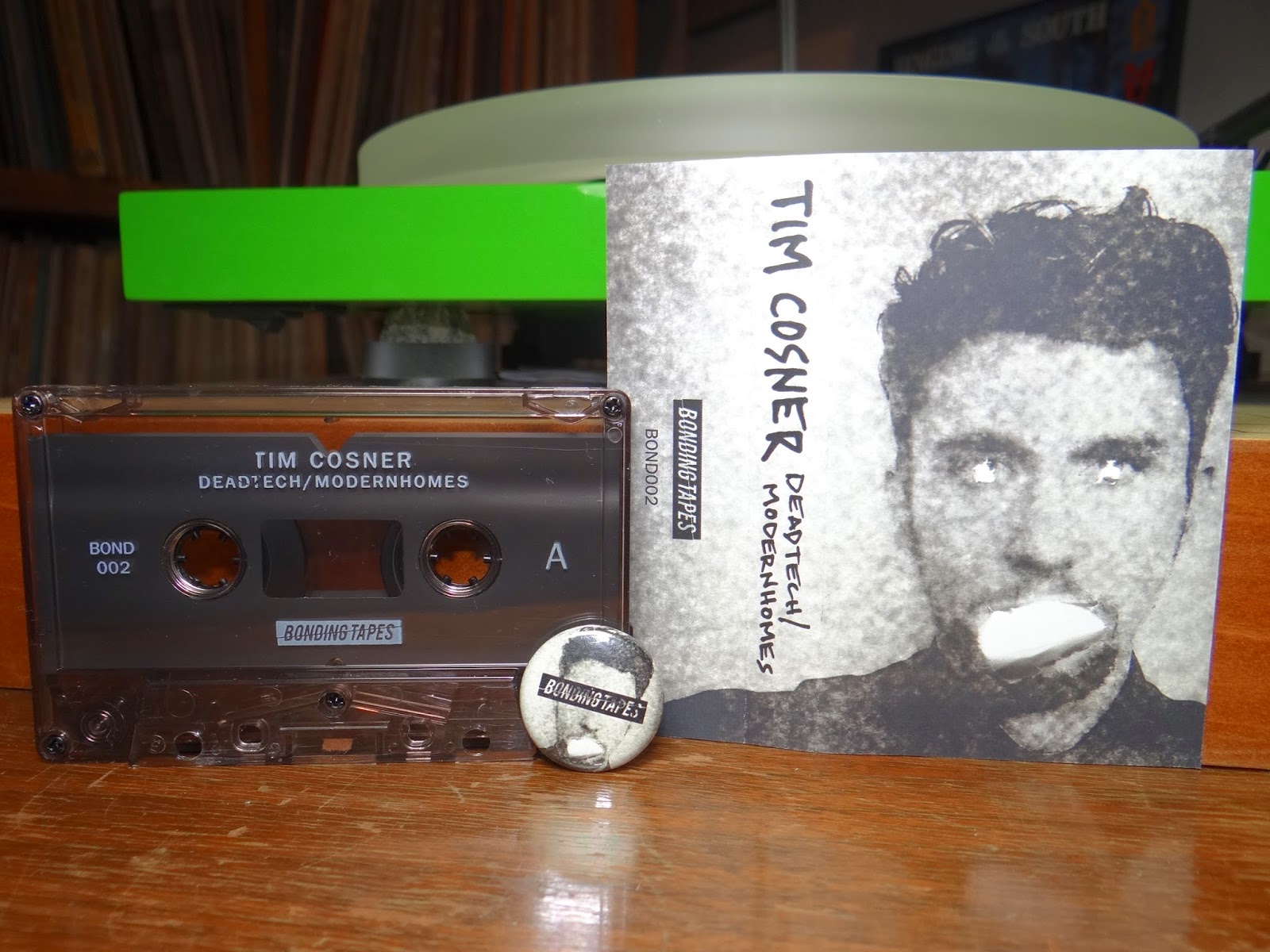 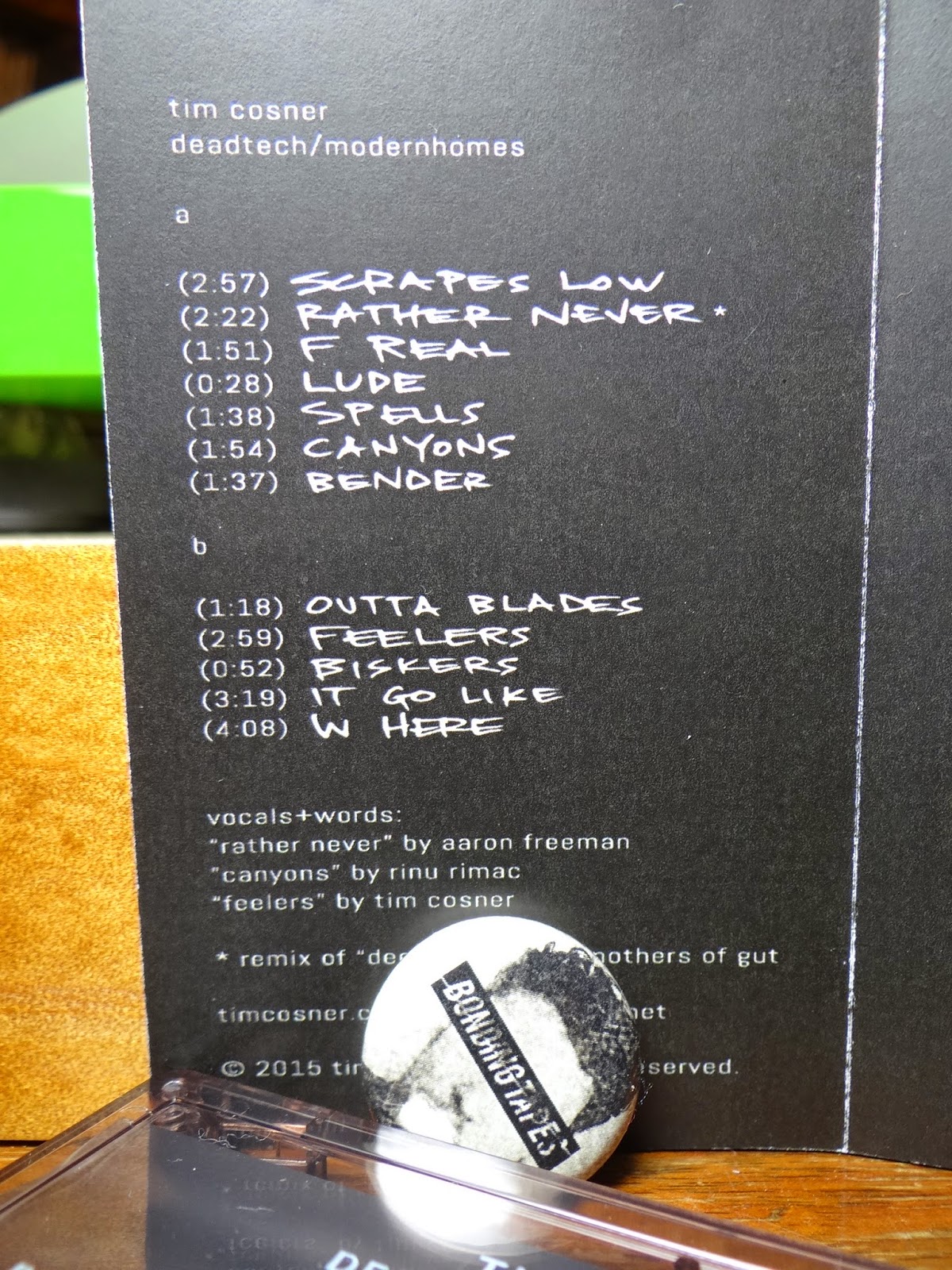