- January 15, 2017
With a over half dozen releases over the last five years, ichtyor tides has landed this new cassette effort on the German label Cosmic Winnetou. Industrial drone tempered with natural field recordings, this composition harbors sounds of future mankind with the sparse remains of the natural world. Avian life giving way to mighty vessels built with ambient tones of apocalyptic survival. Dark in texture, the planet spins on in constant threat of eventual collapse.

Fifty minutes crossing oceans we are yet to know. The mind slightly shudders as these foreboding tracks anchor in your consciousness. Vibrations similar to fingers running circles on fine pieces of glass, only magnified on a grandiose scale. Oscillations from the slow hum of steel or some yet discovered material to the higher pitches of compressed sonic waves. At times the entire environment is bombarded with solar debris as the world seems to waver in both beauty and destruction. Majestically antapices qadrant lifts above the atmosphere and recharges from stars energy as the world below is secluded from light. There are six tracks on this tape, but the entire listen plays more akin to one long sonic scene. As the tape flips from side to side, there is no beginning or end, only the space between where ichtyor tides exposes.

Seventy copies all hand numbered on the Cosmic Winnetou label. This is release number thirty seven for the label and was delivered in December of 2016. Copies are currently available from the Cosmic Winnetou site. Appropriate tones for the cold winter and sunless skies. 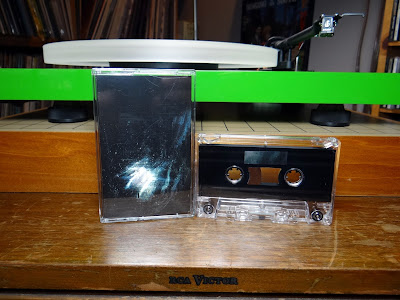 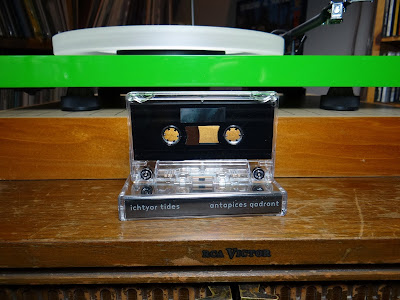 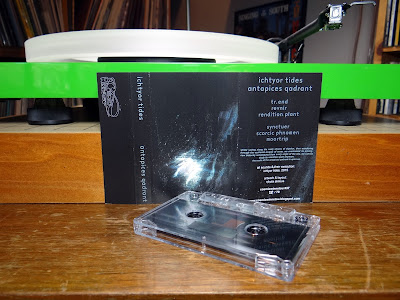 This is the project of Atletas (Mario Cascardo) and Babe, Terror (Claudio Szynkier), a lengthy nine track composition titled Cedros Tanhang. Offerings that take thoughts in all directions. A carefree and tranquil complexity of talent. Simple elegant rhythms, meticulously flowing like a current below layers of energetic thought. Mario and Claudio, figures above the rhythms, pop, ambient, glitch, samba, ps…
Read more 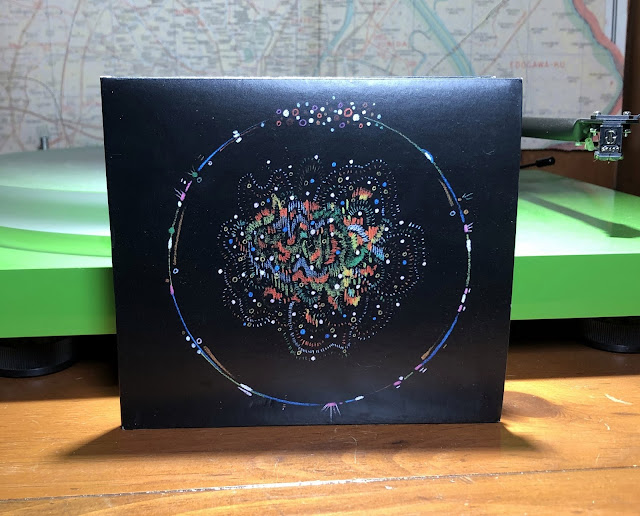 Sounds emanating from artwork is a frontier left for creative interpretation and skilled means of channeling. The artists who make up the project Pet The Tiger are the select crew you would want on this en devour. Surely Brian Lucas, the artists who created all of these drawings, felt at ease when the creation of this "soundtrack" was discussed.

Gaze Emanations has no boundaries, but this does not mean these sonic craftings are scattered or chaotic. Looking at the artwork created by Brian Lucas, there is a format and method that bonds all of the drawings together. The project Pet The Tiger was thoughtful with each selection. With eight musicians working together to portray in sound one artist's renderings, there is a sense of concise appreciation for the entire process. Of the group, three artists are highly adept at creating there own instruments. Two musicians specializing in percussion, one with saxophones, one with trumpet and electronics and the last with the incred…
Read more
lost in a sea of sound