- August 23, 2019
As the information was recorded in the Domesday Book of 1086, the small hamlet locally called Sutton with Shopland, was thriving with commerce and life. Over the course of nearly a millennia, this area has lost most of the acclaim it once had. Once the names disappear from the map, only word of mouth can carry on. This lasts through a few generations and eventually remains know only by local custodians of history. The information here is to relay the fact Shopland is a real place, maybe not called out on a current map or connected to numerous pages of information on the internet, but real in the hearts of those who still have historical knowledge.

A copy of this Strategic Tape Reserve cassette was sent to one of the few remaining members of this very small village. This individual is a descendant of Thomas Rickett, a Shopland resident circa 1874. Their name to be withheld until further investigation of the this multifaceted composition of various artists can fully be examined. It was noted, much time will be needed listening through all twenty five tracks in order to hear if any of these artist also took title to what clearly had preceding ownership. For the Cologne, Germany label Strategic Tape Reserve, hearafter STR, their unadulterated use of a place almost one thousand years old, could be just plain ignorance or their handiwork of something more inclusive. The idea of a miniature supermarket amusement park is somewhat interesting, but true long term goals are a priority of more importance.

The most alarming feature of this offering is the music itself. The resident who received a copy of this cassette has not been heard back from, almost three weeks have passed. After listening here on the Panasonic RQ-309S, during the  process of parallel investigation, thoughts have become more ambivalent. Comparing the passion of solving these strategic, possibly edacious motives by STR, to the lethargic state ambitions currently rest, it is now known the music is the most subliminally dangerous component. The only hope now will be for all one hundred editions of this cassette to be purchased and reviewed. Hopefully there is an individual, with high enough constitution to thwart off the effects of Music for a Discovery Park of Miniature Supermarkets and find out what the true plans are of STR. 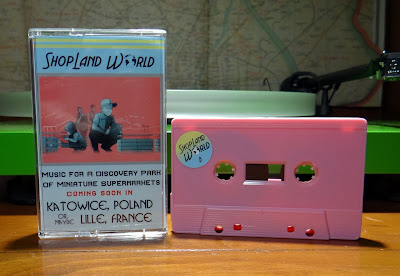 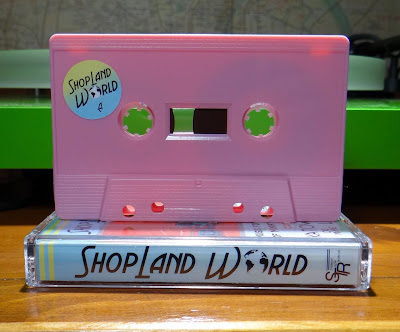 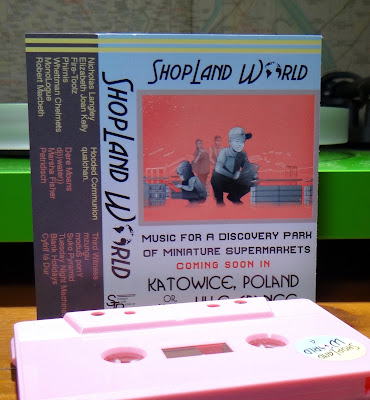 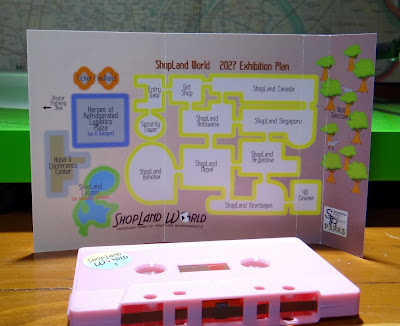 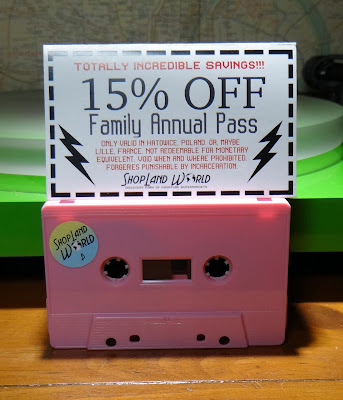