- March 14, 2020
In the German Army jungle, there is always a pair of eyes on you. Deep in this dense and shadowed under story, rhythms become the only bearing for direction. But their cadence arrives with the life of all things both harmonious and cacophonous. A squawk, screech or howl, amplified by the intensity of knowing most anything can be beautifully lethal. A precipice seen trough the vegetation is the place Animals Remember Human rest. Listening for all conscious movement, then applying a sonic recipe for mesmerizing fascination.

Animals Remember Human is another mind warping massive selection of German Army fineness. Eighteen tracks with only a handful longer than three minutes. These selections are filled with the complete spectrum of aural euphoria, pointed melodies with poison tips, hallucinogenic spores of weighty accord and ancient calls of the avian dinosaurs. Animals Remember Human lets musical genres decompose and disintegrate back into the terra firma. These nutrients giving energy to a new world of sounds, a place where beauty is shrouded by vines with thorns and glowing eyes burn thoughts of primal paradise. And then their are the voices, speech slipping through like rain water on it's timeless track. Mysteriously dynamic and another subtle heavy from German Army.

Two labels joining strengths for this cassette release. ArteTetra from Italy and Crash Symbols from the states. This cassette just came out on March 13th and is already sold out from Crash Symbols. ArteTetra still has physical copies. Both sites had tee shirts designed by the artist Ben Zoller, who also designed the cassette artwork. The apparel is gone as well except for one shirt (size small) at Crash Symbols. And on their site there is a note "Expanded edition coming soon due to demand". Looks like there will be another opportunity to get this on tape in the states soon. 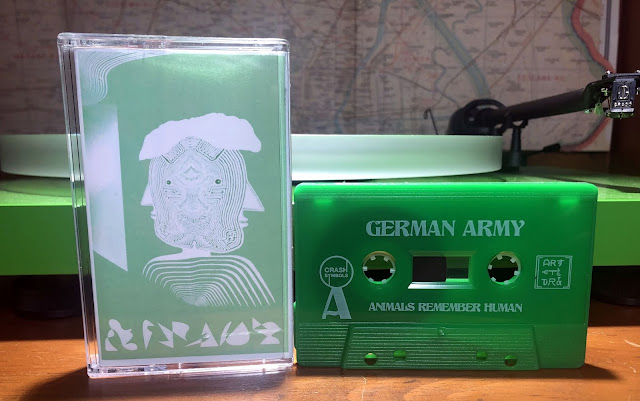 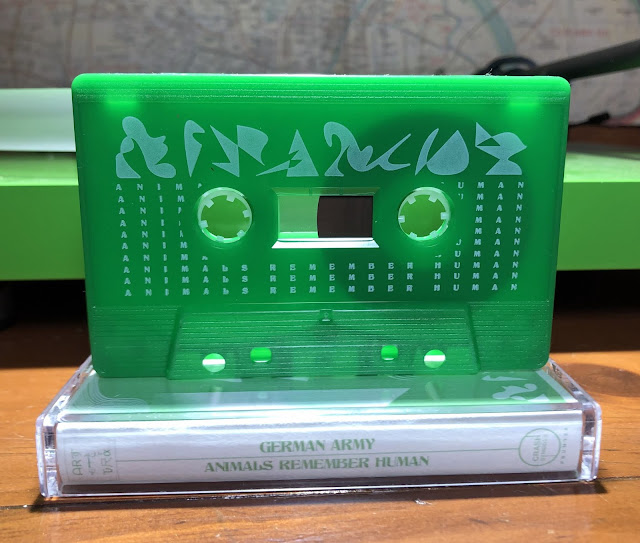 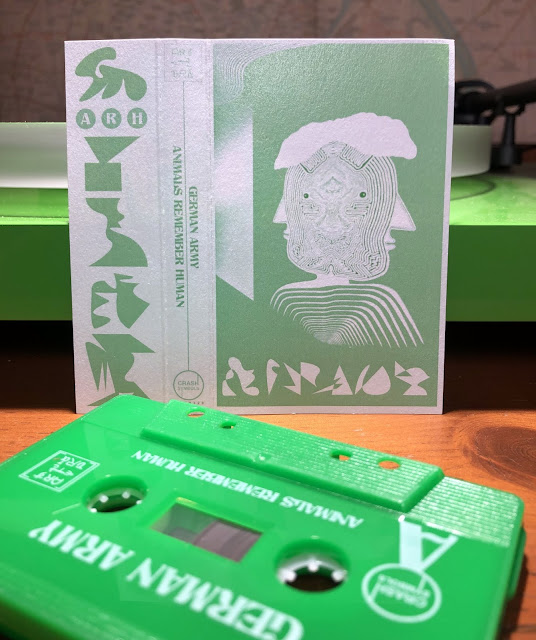 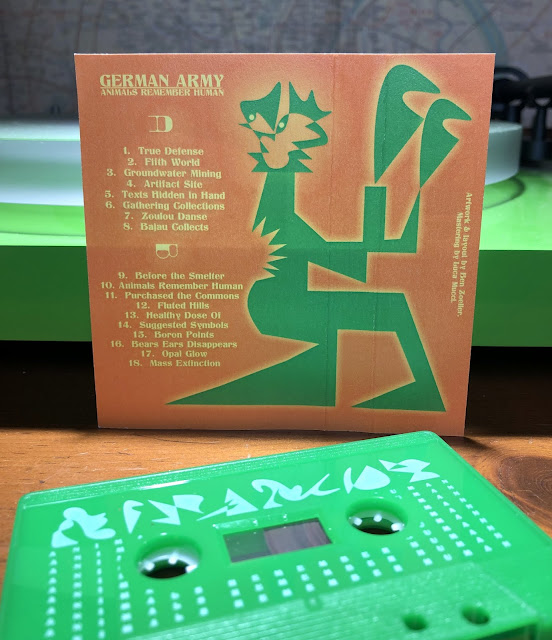