A few days ago, in the new working from home environment, the sounds of Beacon began to fill the room. There is is an interesting thought about music and working, do they go together or should they go together? The clothes we choose to wear to work, are they the same as the clothes we go out to diner in? When we combine what is held as fun or beautiful with work, does it start to blur and become the routine monotony waiting every weekday? This is just an idea in general, there are exceptions of wonderful jobs out there that transcend the nine to five office space. Those jobs might not fit into this analogy. Listening to Beacon though, while working, did not feel right. The beauty created by Jayson Gerycz, Jen Powers and Matthew J. Rolin, should be kept separate, held in a special place. Their sounds help transcend the consciousness to where it longs to go. Using Beacon for background music at work is like painting your windows black and using florescent lights instead of natural sunlight. These thoughts of music listened to at work were clearly relayed when a small tally of karmic debt was added. The motor on the tape deck died.

Beacon is filled with spiritual fortitude. Would have thought this was an Inner Islands release, but Garden Portal has softly landed and is sitting close on the branch.  Just a little bit shy of an hour, Beacon delivers five selections of rhythmic radiance. Jen Powers takes the hammer dulcimer to a mesmerizing dimension. This is where the world's folk music came from and Jen lets us hear where it needs to go. Matthew J. Rolin with his razor edge twelve sting, simultaneously playing molten heaviness and misty shrouds. The percussion on these tracks is so subdued, Jayson Gerycz is the bones you here in dancing in the the corners. Sometimes still but then moving in a haunting cadence. All tracks equally filled with magic by this tightly fused trio, the guest musician on the last and longest track helps deliver the most sublime. Dylan Baldi plays saxophone on "Velevt", and toghether these four musicians pretty much melt thoughts in the best way possible.

Gonna finish this quickly. This is a garden Portal cassette release in an edition of one hundred and fifty. A few days ago there were none left, then a handful appeared on the bandcamp page. Now there is only one. So go get it. Not sure if this flux will ever happen again. 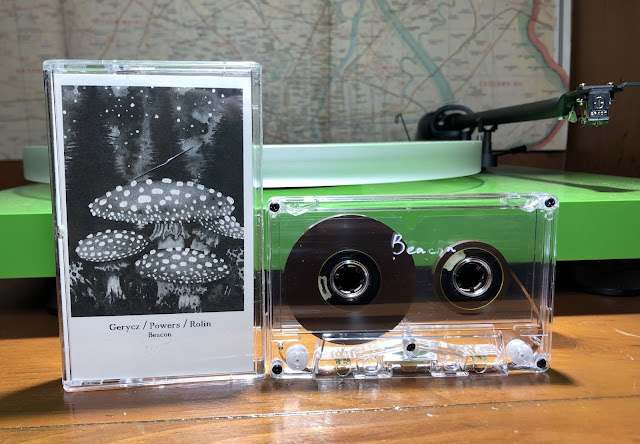 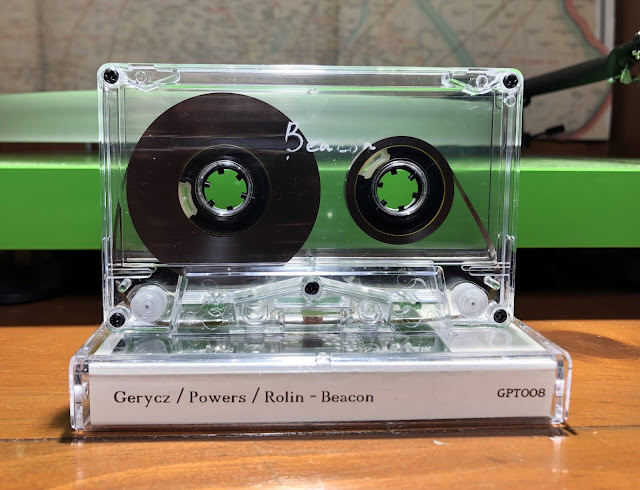 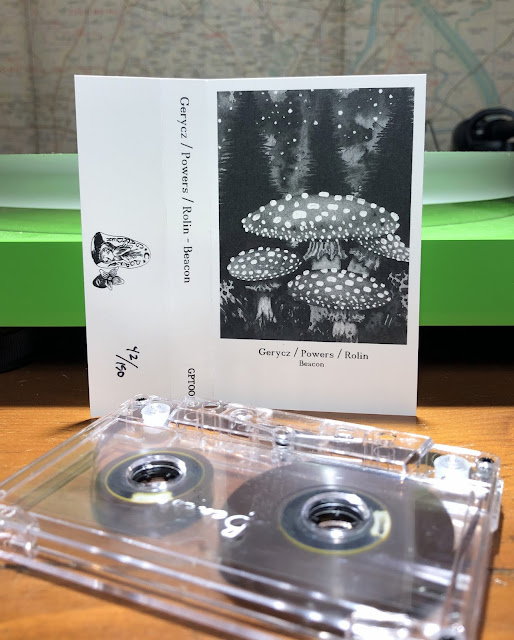 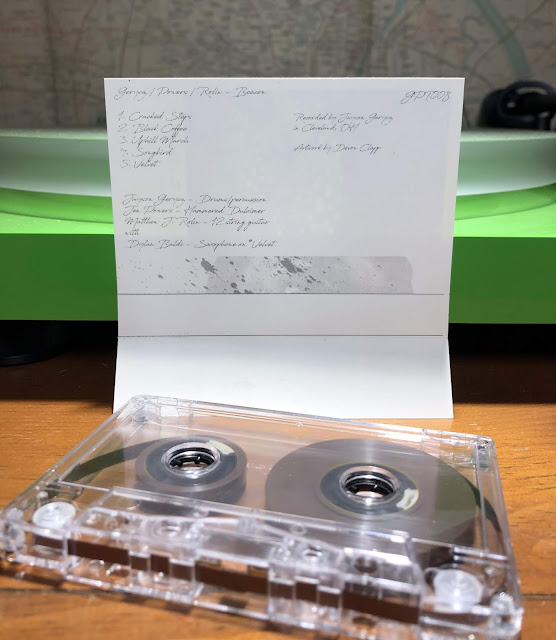