- March 08, 2020
In the remote corners of the consciousness, thoughts are left undisturbed for entire lifetimes. These memories, feelings or ideas carry though earthly existence, like unseen foundations of a world built around us. Kyle Landstra pulls energy from these recesses, sounds slowly coming into focus, depths greater than we can understand. The connection Allay builds upon is exploring the most basic tranquility within all of us. The peacefulness we carry with us through each life, sometime becoming lost in a world of responsibilities and worries.

Allay is a forty minute offering with two side long tracks in perfect balance. The first titled "Bearing Lightness" opens with an aural stir of the primordial pool. Seemingly devoid of life, closer listening inspection brings the beauty of the formation of stromatolites from the Precambrian period. Kyle Landstra's sounds patiently grow, each new millennium adding another aspect of wisely created aural magnificence. But there is never a crescendo, just a graceful up welling of pure emotion in the most natural form. The second side titled "Softly Allayed" follows in close suite. It's beginnings even more distant and removed. As found in both the title and track, Allay is true to its definition. These sounds touch far into thoughts, dispersing our controlled chaos and leaving serenity. "Softly Allayed" on a difficult to achieve subtlety, progressing deeper than its counterpart from the first side. Instead of gradually growing, Kyle's sounds simply shimmer in the varying radiation of the day. Both tracks firm standards for Kyle Landstra, monumental for those who create the time and place to listen.

Released in an edition of seventy on the Distant Bloom label from St. Louis, Missouri. Distant Bloom is patiently carving ambient classics for a eager world of listeners to absorb. Allay is part of a three tape batch released at the end of January. Sold individually or with it's batch mates in the winter deal. Don't miss out, this will sell out as Distant Bloom and Kyle Landstra releases have before. 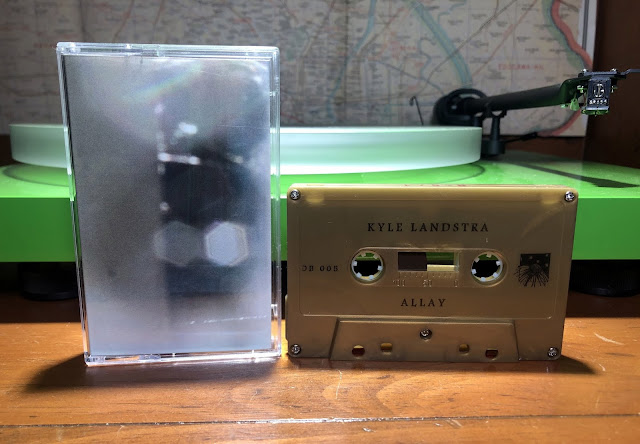 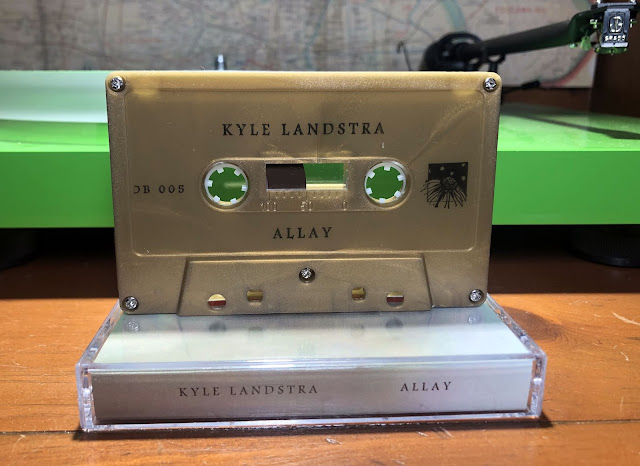 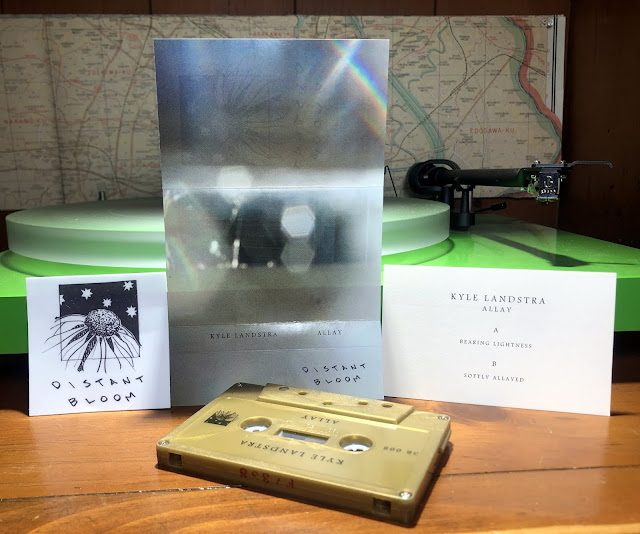 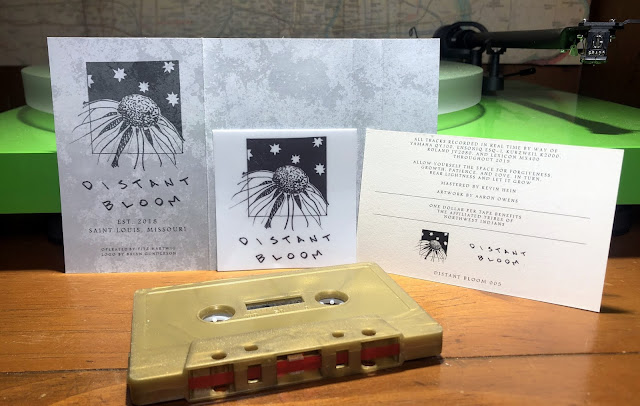