- April 19, 2020
Less than an hour ago the music wormhole opened to the label Phantom Limb out of Brighton, UK. This was in pursuit of the first edition of WaqWaq Kingdom's Essaka Hoisa. A pink vinyl edition that is sold out, and there was an even more limited blue marble edition. Yes this is a really curved opening description for Dylan Henner, but there is something of interest. Doing a little pre-research before writing about this beautiful ambient release titled A Dingo Crossing a Stream, showed Dylan Henner has a release on Phantom Limb titled A Reason for Living. Before one hour ago, there was no knowledge of this Brighton, UK label and now two very different recordings have led there. This is synchronicity becoming blatantly obvious. What does this have to do with Dylan Henner's A Dingo Crossing a Stream? A difficult connection to make without going down the paranormal path of what is real even though it has yet to be scientifically proven. If you read Dylan's description of the process of how these sounds came to be, it was from a trip to Australia for work in photography. Since he did make field recordings for this composition, it's future was most likely already in some thought. Collecting pictures and field recordings are just physical connections though. These sounds clearly portray something much deeper. The energy of the land and stories of the people opened the conduit connecting Dylan's conscious with a millennium of richness. And this is the connection of synchronicity, intricate threads pulling all of us in certain directions, they are there but mostly go unnoticed.

After listening to A Reason for Living, a little more exploring was done to find Flues of Disappearing Sand on the dauw label from Ghent, Belgium. This cassette was released just one month before A Dingo Crossing a Stream on Inner Islands. So with three compositions spinning in these thoughts, it is most certain all of Dylan Henner's work sounds natural, taking inspiration from worldly surroundings and creating simply beautiful sounds. What makes A Dingo Crossing a Stream different though is it's absence of rhythm. As noted in Dylan's description, these sounds were created in reference to Dreamtime. This being the indigenous people's belief in the way back, the beginning, when the people and land were created by the spirits. Four tracks with the last encompassing the entire second side of the cassette. The second track "A Pool Deeply Gouged out by Water" has become the favorite so far. A delicate balance of ethereal ambience and almost rhythm, the sounds water would make in its cycle of flow. The title perfectly describing this sonic energy. On the next selection., "A River Drying Out", you can hear the evaporation and growing emptiness. Again a beautiful piece with well formed title.

Released on Inner Islands in an edition of one hundred. Another quiver in the vast Inner Island catalog of spiritually pure sounds. Copies are available as well as Dylan's release on the two other mentioned labels. 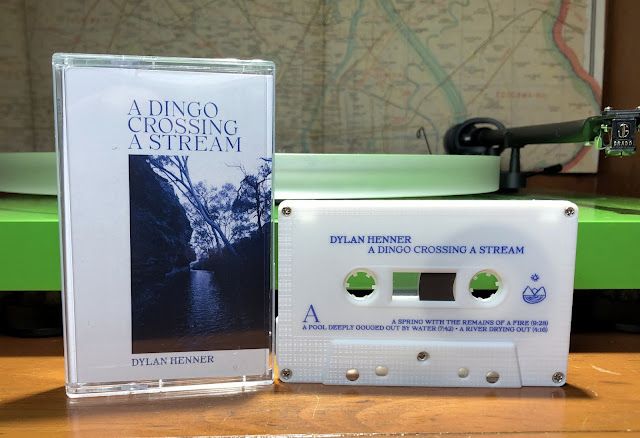 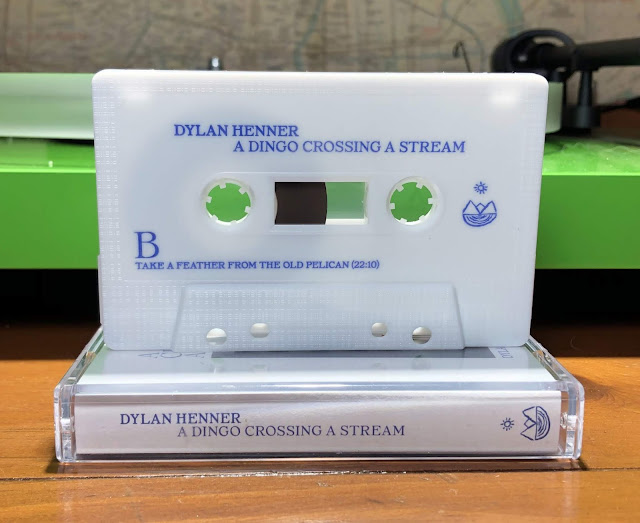 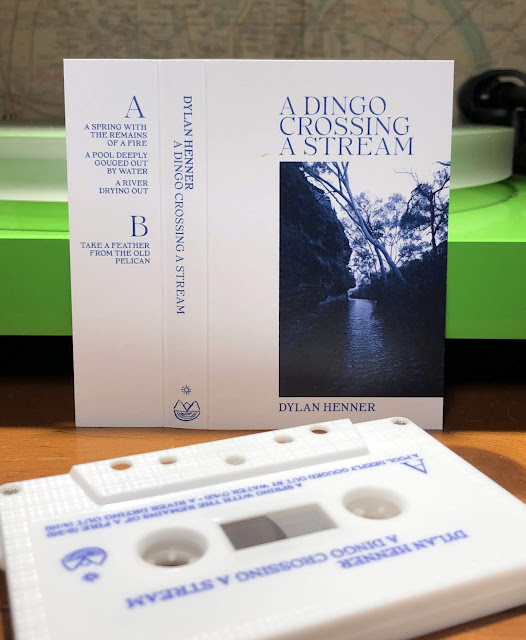 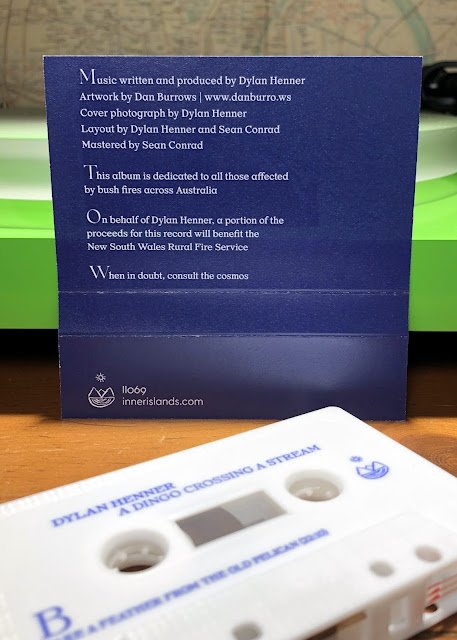