- February 08, 2020
The last release from Crush Grove Records was the Michigan based group Towner. Lost in a Sea of Sound had the pleasure of listening and putting some words together here. The newest edition in the Crush Grove Records catalog spotlights one member of Towner, the drummer Alex Molica. His project Seattle Stomp, takes the energetic batten and runs away with it. Eight tracks of incredibly well written, sung and played genre crushing tunes. Maudlin Madness is a sonic sleeper, ready to capture all those giving it a listen.

Alex Molica blazes through these selections, throwing melodies like ninja stars. These are punk songs, rock songs, pop songs, and blues, there is no real group his creativity resides in. The first track "Anxious Thoughts" has the power and energy of Hamell On Trial, this giving way to "January", almost a early Echo and the Bunnymen rhythm. One more comparison is for "Denver Song" and "Power Jam Situation" sending thoughts to an early Dan Del Santo album, White Feathers in the Coop. That is enough of that, just trying to convey how diverse Alex is. What makes Maudlin Madness most special is how connected the feel is all the way through. From the start to the final and track "Mon Frere", never letting up with the barbed melodies and driving rhythm. Even to the last minute with a little narration of science fiction. Seattle Stomp is a great project and Maudlin Madness is the first of hopefully more.

Crush Grove Records has continued to put out some of the purest sounds. Maudlin Madness is definitely one to spend some time with. Released early this year, not sure how many, but tapes are available now. 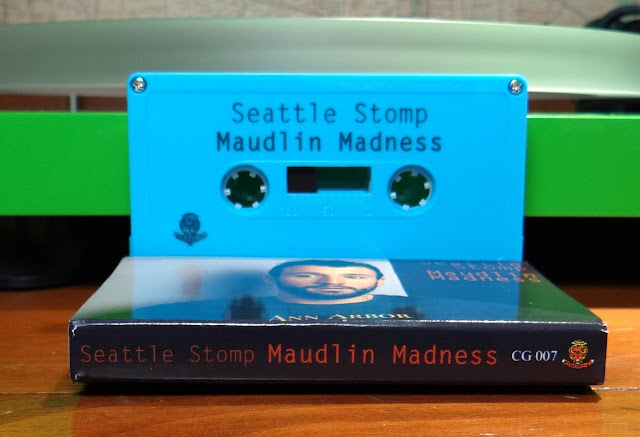 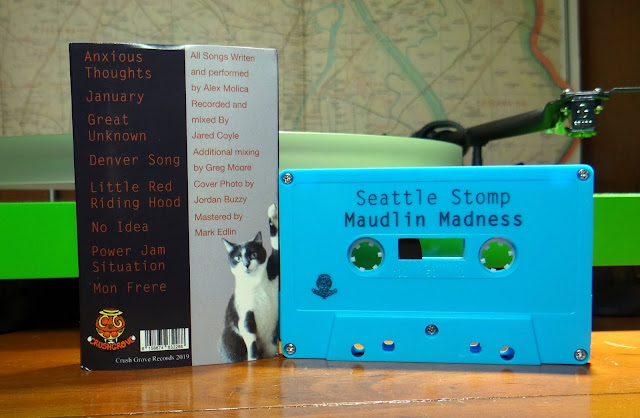