Thoughts becoming solidified in a world of dying life. Depth of distance now blanketed and vibrantly prominent. The settling low cover drones across the horizon, a misty layer holding turbulent energy above. Compared to a crisp blue sky with puffy white cumulus towers, the overcast usually carries the perception of being dreary. Sounds are very much like atmospheric conditions. General attitudes holding the same values, droning music dimly flickering with tones in the minor scale, sad and somber. This is like the heavy sky being considered wearisome. As with all things though, beauty is only a condition of the emotions of the participant. Simulacrum is a gorgeous dark ambient composition, but will only appear so when the listener is aptly tuned.

Nital Etch is a project of Kevin Lewis. Thirteen tracks under the weight of societal pressures. The constant forces of emptiness created by indifference, oozing in to sonic form. These selections are far from harsh though, they hold the sorrow of love and the fading energy of disintegrating beauty. A true lesson of how consciousnesses connect through aural substances, sharing perceptions of the sublime spirit. As in Kevin's project name Nital Etch, the sonic spectrum has been etched, revealing the detailed construct of feelings and emotions creating this somber energy. His album named Simulacrum is the picture of a world within all of us. Fortunately Kevin has processed this with more beauty than most are able to.
Released on No Part Of It in compact disc form. The collage art was created by Bradley Kokay and everything else by Arvo Zylo. Simulacrum has been out for a few months and this looks like the debut for Nital Etch. There is a note on the bandcamp page stating these tracks are highlights from a collection of earlier recordings. None of these have been released until No Part Of It helped put everything together. Amazing these are highlights since Simulacrum is a brilliant composition on its own. Nital Etch will be definitely on the radar for future compositions. 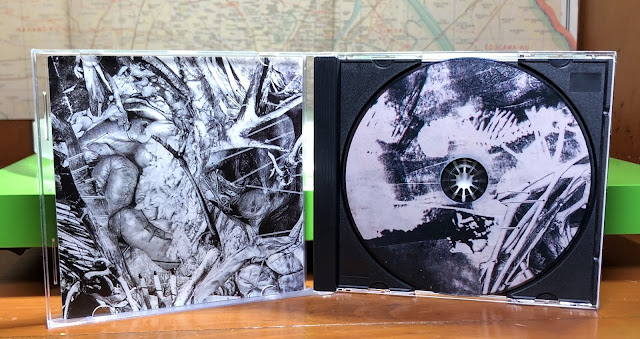 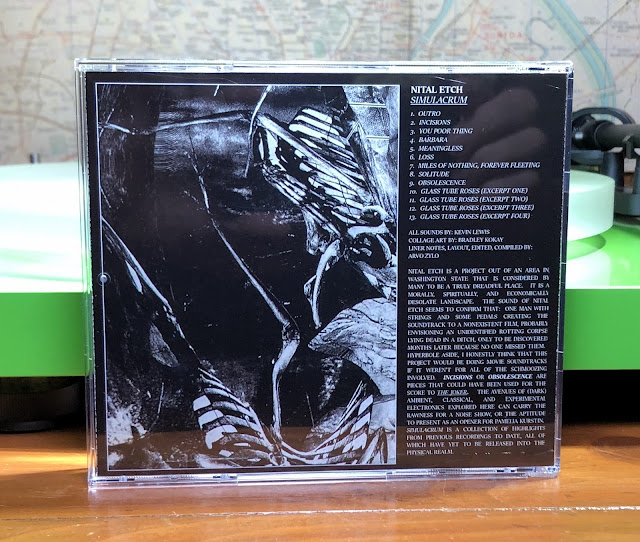 No Part Of It 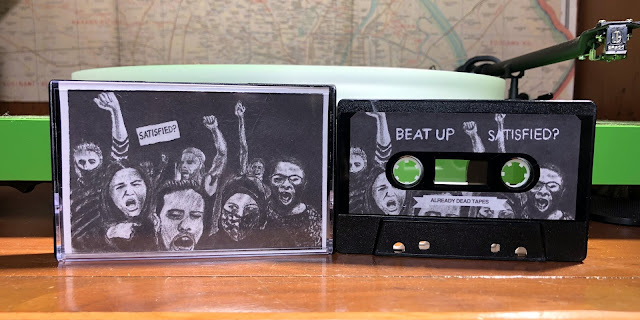