- November 07, 2020
Seventy five years ago, Royal New Zealand Air Force Flight Officer, Hepburn, noticed increased radiation at sunrise and sunset. Hepburn was stationed on Norfolk Island and was in charge of radar station on Mount Bates. The station was designed to warn aircraft in between Australia and New Zealand. This discovery was in a scientific field outside of his expertise. He reported the discovery to the Air Force headquarters, and the information was quickly acted upon by Dr Elizabeth Alexander of the Radio Development Laboratory of the Dept. of Scientific and Industrial Research in Wellington. Dr. Elizabeth began her investigation and confirmed these readings were similar from other radar stations across New Zealand. She named the discovery the Norfolk Island Effect.
This is a very factual opening for music created by Diana Duta & Julia E. Dyck, but providing the context is as important as the beautiful music they have written. A composition created by two artist taking thoughts back three quarters of a century. Sounds providing depth to Cristina Ramos' live project at The Watch Berlin. Cristina's project titled Rocks Radio Radar Long Wave Radiation opening the floor for the discoveries of Dr Elizabeth Alexander, a British geologist and physicist. The first woman to work in the field that would later be called radio astronomy. Now a platform for thinking about ancient sonic happenings, randomness, patterns or both. They exist with time and are the nutrients of the physical world.
Wave Debris rest beyond it's droning ambient opening. Like the sun burning at a consistent temperature, sustained notes within delivering tranquil baking warmth. There are explosions though, they are always present. Too many becoming solar flares, the entire process is gorgeously portrayed in Wave Debris. A frequency lullaby morphing into the depths of both conscious and cosmos. Contrary to the subject matter, radio waves across ninety two million miles from earth to sun, many of the field recordings elicit a true sense of nostalgia. From birds to breathing and spoken word, Diana and Julia work infinite directions in aural space. A sonic environment inspired and played live as the sun nestles below the plane of view. Then recreated in the studio to fill the second side of the composition.
Cassettes on Crash Symbols in an edition of one hundred. The release date was yesterday and according to the bandcamp ticker, only ten copies are currently available. Included with the tape is a kick ass sticker of Elizabeth Alexander. For a little more exploration, please listen to both Diana and Julia talk about and present their work on ffiles. The show was started in 1996 on CKUT 90.3 FM out of Montreal. Physical copies of this cassette will be gone soon.... Wave Debris is a good one in so many ways. 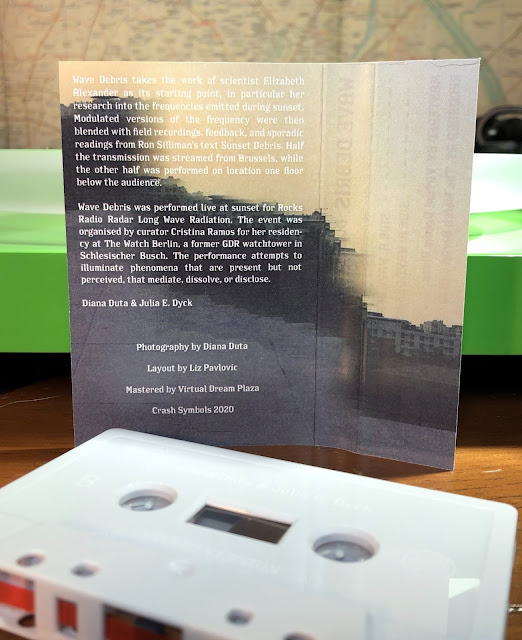 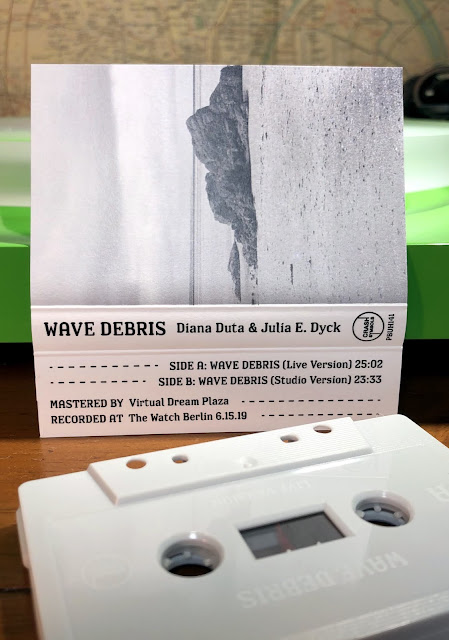 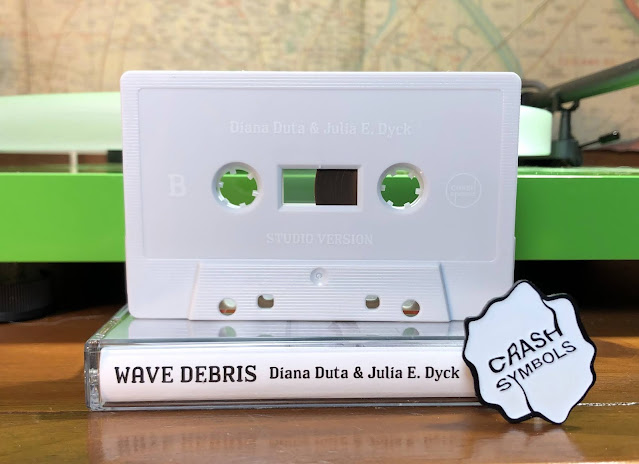 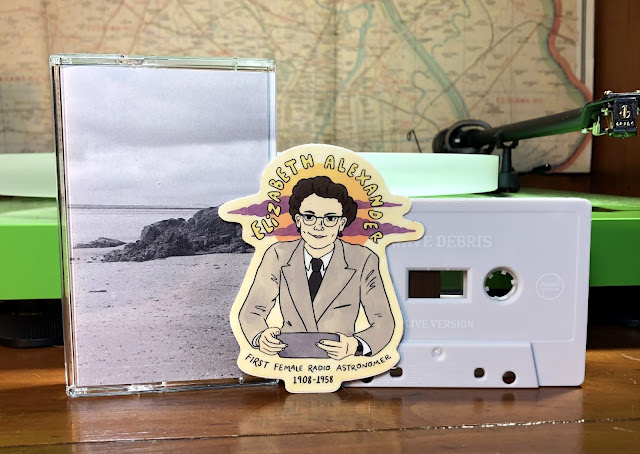 Music can be the most fluid form of creativity. Resplendent consciousness grasping a medium and throwing it all out there for others to hear. Will these sounds be enjoyed or disregarded? This is the question many artists ask after exposing their creativity into a too critical world. The answer falls within this thought, open minds connecting with serene patience in the ripened moments our lives procure. Nascido em Swampland possesses the most collected collection of complicated tranquility. Like a kaleidoscope turning to fixate on one image and one color, infinite fractals still declared, but in this moment the patterns become grandiosely one. Translating optical to sound, a crazing of blissful sonic radiance settling in thoughts. Then the kaleidoscope turns, shifting everything, slowly fixating on another moment of heralded ambient goo to work it's way in.  Crocodilo Slam finds melodies within the respiration of our world. Beginning with the eighties willow-wisp of the "Hoaxi
Explore Sounds »
lost in a sea of sound