- April 28, 2016
Impending subdual of your consciousness awaits as The Glacial Enclosure kicks off. Humming softly and stunningly from the movement of ships so big, imaginations have never been there. The world begins to vibrate before the horizon blackens with smoke or some unknown reason the sun rays are muted. Gregg Skloff has created a rumbling sonic classic for drone lovers who like the heavy.

The Glacial Enclosure is titled very well. If a glacial period could be recorded over thousands of years then condensed into a little over a half hour, maybe this is what it would sound like. Monumental tones drawn out, reverberating over vast expanses, pulverizing all objects in the path. Like the christian monk in a monastery hearing the din of viking ships reaching shore. The sounds grow louder as the pillaging reaches the stone walls of the monks abode. All is over soon. What once was is now gone, consumed and turning over in the belly of time. Glaciers perform the same way. Rolling boulders so big like a cats paw on a ball of yarn. Effortless is what The Glacial Enclosure sounds like. Immense walls of droned out noise, sheering layers off that we hear crashing to the ground. Moving through your mind, then receding, leaving a moraine of thought and impressions.

Eiderdown Records has this one out in an edition of ninety. The label creates really well done cassettes on both the music and art sides. Looks and feels like screen printed artwork rich with color to match the music waiting for you to listen to. If you have an Eiderdown Records release you will know, if not, this is a great selection to start with. 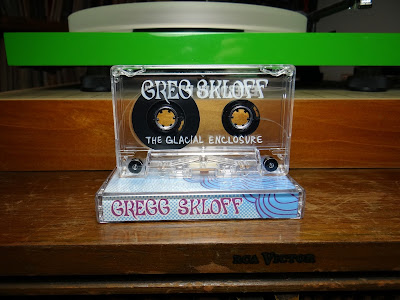 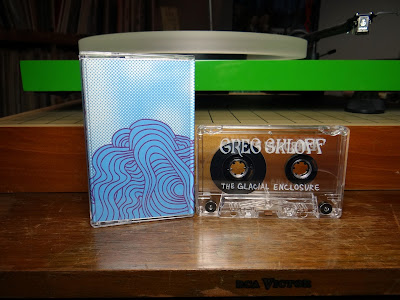 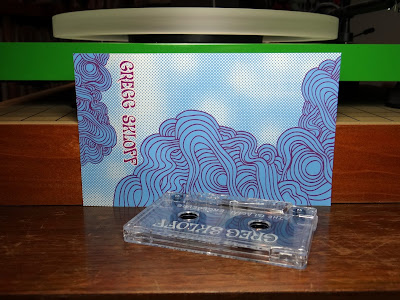 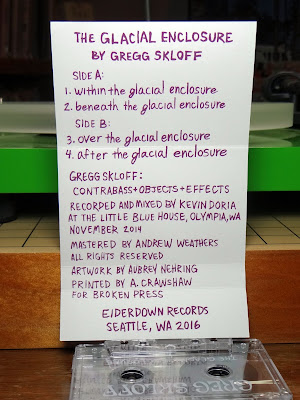 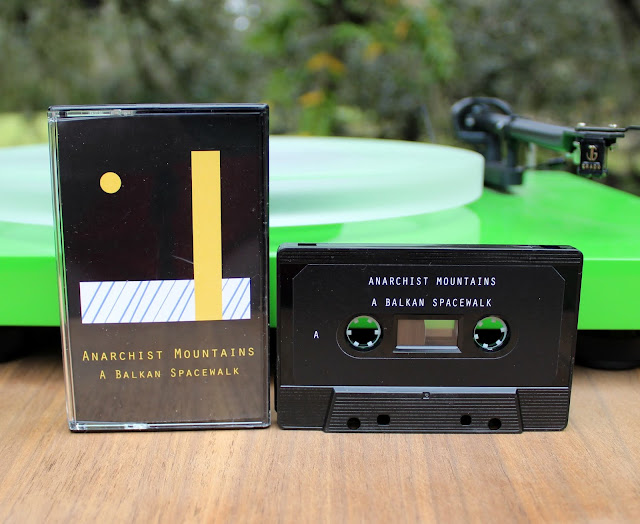