Excessive Visage - You Are Lost Anyway

- November 30, 2017
When so many genres of music collide there is an explosion. Ears bleeding as the mind tries to process what's beyond logic. Like the clever trick old sci-fi movies used to defeat the calamitous computer, present an unanswerable question. What kind of music is Excessive Visage? My mind hurts trying to write these words....

With a little bit of so many styles in You Are Lost Anyway, the best way to start would be to describe what stands out. The band by far. Larissa Blau, Torsten Lang, Simon Preuß, and Christoph Dehne, tight and rolling these tunes out together, yet playful and full of savvy wit. This is a very experienced group and they can rock with a landslide of power. Over forty minutes of notes and chords precisely laid out with perfectly attenuated percussion. All formulated and composed by some consortium of reclusive idiot savants who only live and breathe majestic rock album masterpieces. The music alone is a well achieved tricky beast, but add Larissa Blau and her voice. Like a lasso spinning in the air, no escape for all in range of theses snaring decibels. There are moments when you can hear a faint ska rhythm, maybe a connection to how deep the roots grow for these musicians. They surely have listened to a hefty amount so much varied music. There are many bands that could be used to give Excessive Visage some barometer, by the time they are brought up for discussion, the music has already past the point. This is like a violent yet controlled regurgitation of sound.  I have emailed the music scholars urging them to investigate this sonic flow.

Released on Already Dead Tapes and Records in November. In an edition of one hundred hand numbered cassettes. Cassettes are available in the states from Already Dead and in Germany from the Excessive Visage bandcamp page. This band is currently playing shows in and around Germany. They have a few compact discs and vinyl releases. This Already Dead edition could be the first cassette. 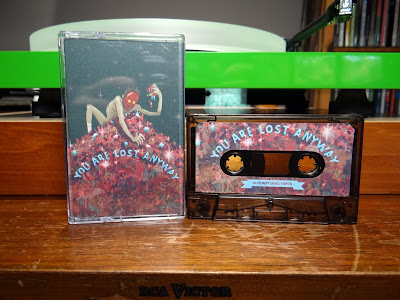 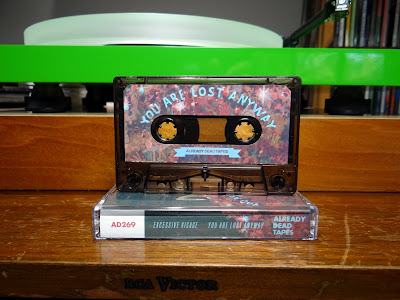 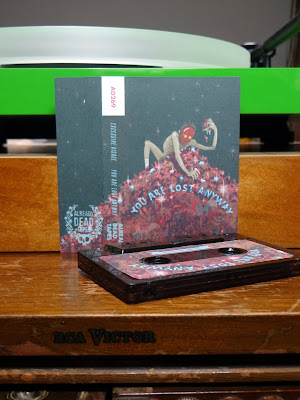 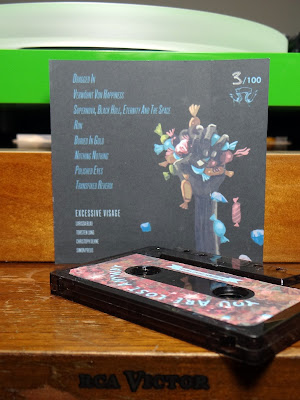