Two side long tracks on this composition. Four talented artists, Nagual who are David Shapiro, Ian McColm, and Stefan Christensen, all playing guitar. And Zach Rowden playing the electric bass. The first side cuts the constructs mental fabric. Sustained notes and feedback at a pitch burrowing straight through the any tranquil hand holds. The entire side somehow epitomizing experienced laid back delirium. Nothing seems overdone or forced. The second side begins with a slow resonating build up with droning bass. Menacing guitars circle like birds of prey as the bass emits a sonic resonance all are attracted to. The attack tears into all who listen, leaving thoughts exposed to decomposing forces.

Released in the last part of August in an edition of one hundred and six. Copies are available from Pidgeon Records. Looking at previous releases and quantities, this cassette should sell out relatively quickly. Nagual & Zach Rowden have been making music in many different fashions for a long time, earning a very solid following. 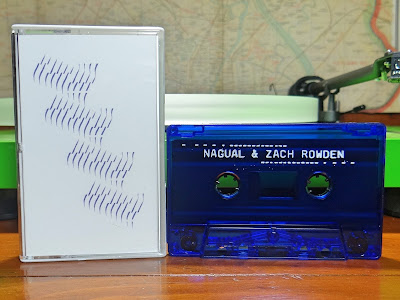 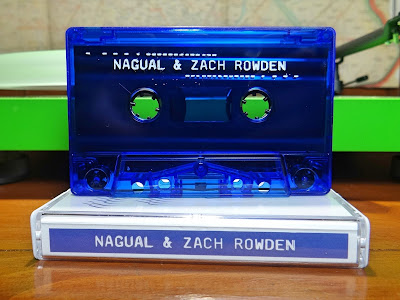 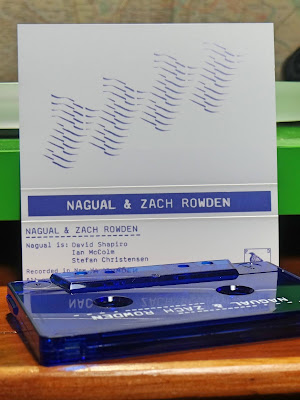 A sea wall reversing energy from the ocean causes collisions of magnificent sonic waves. They swell in might as the wake of a ship adds to the chaos. Energy becomes uniquely spectacular for the moment as sounds build from perfectly formed smaller waves. The augmentation, like a soloist in an orchestra being joined by all the other musicians, yet this procession contains a more shocking beauty for those who listen. Time has interwoven, taking the centuries old colorful progression of characters from the Día de los Muertos parade in Mexico City interwoven with the jumbled noise from modern day media. Warm nostalgia flipped over, listening is from a new direction.    Centrul Isteric is the project of Gili Mocanu. An audio / visual artist who has stepped aside for a moment from his long running electronics project, Somnoroase Păsărele. PASS​/​PORT is a composition of two side long tracks. The first titled "Death / Pass", an aural climb of precise clear sounds. The apex shares diz
Explore Sounds »
lost in a sea of sound