Bob Bellerue works in the sonic fields harvesting sustained notes and patterns. Over the years, bounty and scarcity are intertwined. Weathering emotions reveal themselves in aural bliss or upheaval. The new double lp titled Music of Liberation, follows these patterns. The facets continually changing, from a meditative mantra in form of timeworn drone to post industrial noise, pounding beats dissolved long ago. To describe Music of Liberation as monumental would be inaccurate in relation to Bob Bellerue's vast body of work. An artists delivers sounds in contrast to talent, experience and emotions within the current frame of time. Like the agriculturist, the resulting yield changes over years, each cycle perched on a myriad of uncontrollable factors.

Music of Liberation is dedicated to Bob Bellerue's friend and colleague Z'EV. His passing occurred near the end of the completion of this composition. These sounds were recorded before Z'EVs departure from mortal constraints, but clearly the fabric of synchronicity is woven within these tracks. Vast emptiness filled with volatile outburst, all amazingly subdued under spiritual sagacity. Four record sides, four single tracks, one on each side, every moment a conduit for conscious connection between inner self and the unexplored spaces beyond.

This lengthy composition opens with sheer sonic weight. Gravitational forces in line with cosmic bodies rather than planetary objects. Feedback created from the pressure of time and proximity, a massive psi-wave for planetary dispersal. Is this the echo man has created returning from it's future, or some rouge planetary consciousness dispersed from a distant super nova? In either case, a sound wave tsunami. All will need to establish higher ground in order to ride out it's intensity.

Moving past the cacophony of the first side, this twenty minute piece is the most straight forward. Electronic drone like beginnings revealing the softest touch of serenity, maintained on the sonic path for as long as possible. At some point this sustain deliquesces and a much darker side is imparted. Refreshingly these sounds tilt towards ambient introspection, but are meticulously held in check. The slow motion pace allowing details to really be heard and taken in, communicating how skilled Bob Bellerue is.

Hauntingly spiritual, the third side touches on man's implied border between the physical and ethereal worlds. Almost ritualistic, possessing every so slightly a Gamelan quality, Bob Bellerue allows these two planes to touch. A resonance of timeless ambiance, fueled by souls who have past. Maybe a process of channeling this collective emotion or some method of physical conductivity from a unseen realm, in either condition, the listener is both entranced and disturbed.

Although there is a solemn quality to this entire composition the last side forms this shape more so than preceding tracks. Void of sonic disturbances until the end, these sustained sounds drone with a modicum of fever and preciseness. Like listening to some distant transference of massive energy, fluctuations have been suppressed because sound waves have traveled through the atmosphere. The explosive quality ate the end, relevant to the cascade of all cosmic events.

Released in an edition of two hundred and fifty on the Elevator Bath label from Austin, Texas. This is a double heavy weight pressed black vinyl album, with beautiful colored jackets and poly lined inner record sleeves. The physical qualities match the recording caliber, with mastering for vinyl by James Plotkin. With the above synopsis of the physical aspects for this recording in place, the noteworthy hallmark to remember, this is an Elevator Bath release. From all previous releases to those still to come, Music of Liberation upholds the radiant thresholds the label makes home in. 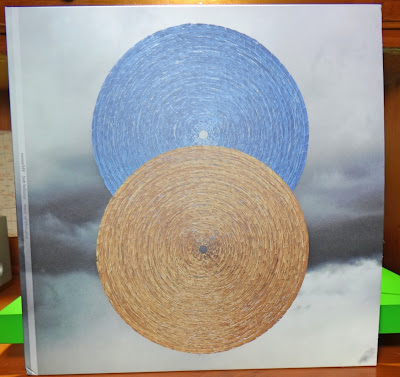 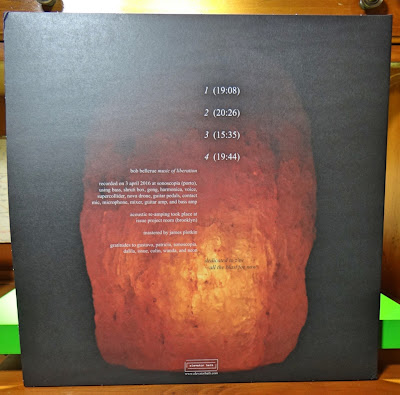 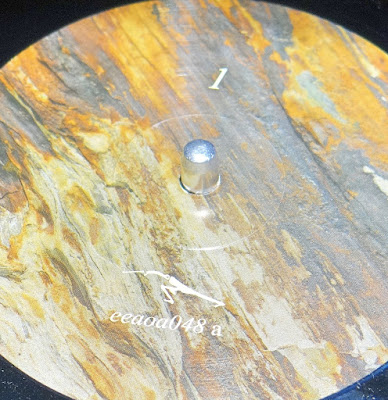 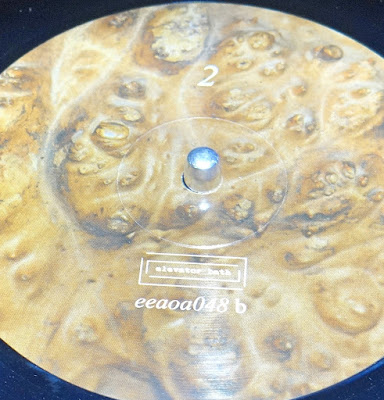 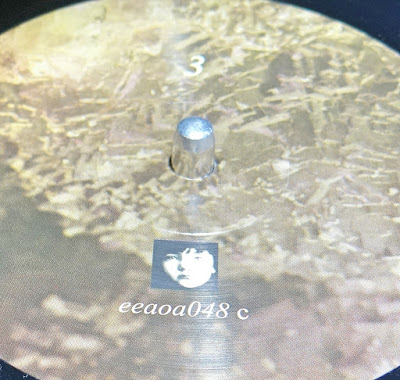 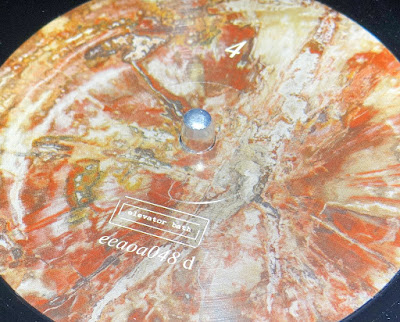 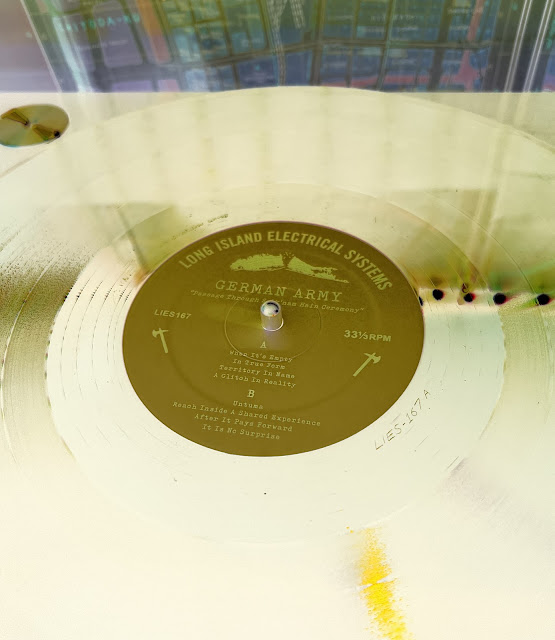