- April 21, 2019
Going back through all of the descriptions on this site, there has been mention of how listening time and environment contour the feelings music creates. With this in mind, the correct moment to drop the stylus on this pair of vinyl heavies needs some degree of calculation. Thankfully, responsibilities were pushed aside and consolidated, leaving enough undisturbed absorption time to cycle through multiple plays of both of these compositions. Initial thoughts were to separate Sun Cycle and Elk Jam into separate entries, but at some point while listening the realization stabilized for this to be one description.

The most appreciable feature of music is the ability to loose the fact it is being listened to. This might seem like a contradiction, so an explanation is needed. Listening to Elkhorn through four sides of grooves, there are many instances when the fervor of the sounds reach a red lining overloading status. Each musician in some conscious singularity playing with such intensity as to escape the gravitational draw. By some science yet to be understood, all artists pull away reaching a nexus between the group. The music at this point is all out, like someone still talking loud when the room quiets. This momentous earnestness by the band takes all listeners through time and space. Maybe it is just called zoning out and going for the ride, but when thoughts return and the music has kicked back, the world looks different. Now small events and unnoticed surroundings beam with a fantastic spectrum. Elkhorn now playing in a fascinating and super chilled manner, the backdrop for allowing the details of the surroundings to become clear and in focus. Awareness carried by music and not being aware of it, this is what makes Elkhorn special.

Drew Gardner and Jesse Sheppard are the duo of Elkhorn. They have previous releases on both cassette and vinyl, Eiderdown Records, Debacle Records and Beyond Beyond is Beyond Records. Everything is sold out except for the cassette Lionfish on Eiderdown. The earlier compositions are the straight duo of Drew and Jesse. For the newest pair of releases, Sun Cycle and Elk Jam, Ryan Jewel and Willie Lane have made two into a quartet. Sun Cycle pushes a little more towards the preceding basis of Jesse's twelve string and Ryan's electric guitar. There is scattered percussion from Ryan and more electric from Willie, adding a new depth when needed, but not changing the fabric too much from what it has been. The four musician's full force lets loose on Elk Jam, hence the name. This is not a constant though, there are many junctures where the more duoish Sun Cycle and the rocking Elk Jam crossover. For example, the eastern "Subway Mirror Heart" with tabla, a dreamlike rock ballad and "Jam II", pairing twelve string with electrics, lite on drums from Ryan. Each track could have been on the other album, but the subtle beauty is the tethering of these compositions together, each sharing aspects of each other. The fact they are individual lps released in accord is a desirable quality, but a gate fold with both vinyls side by side would be equally as appropriate.

Heavy and lite, a constant push to fill the space of these extremes. Sounds gathered from a complex web of passions and experiences. Decades of roots for Sun Cycle and Elk Jam, so many places these passages come from. There could be a long list of artists to draw comparisons from, but this is not needed. Elkhorn just takes traditions or what substantiates multiple styles and genres, stacking it together for the Dagwood Sandwich of sounds. Acoustic guitar, long sustained notes from electric guitars, and worldly percussive rhythms sparking global resonance.

An interesting thought, what if you pulled either of the records from a thrift store bin? The outer sleeve worn enough to preclude it from being new. A label you do not recognize. The swirled vinyl would probably be a give away, but for this analogy lets just say they vinyl is black. What would your thoughts be when the needle finds the groove? You would probably spill your drink trying to grab the cover while looking for details. Elkhorn is timeless, fifty years ago or fifty years from now, there is no exact moment in this span where origins can be pinpointed. This also touches on another aspect of what has been composed and played, recorded or live are very similar in sound. Extremely straight forward selections which are easily just a massive set. And speaking of live, Elkhorn is playing at the WFMU Record Fair, Sunday the 28th at 3pm. Not sure if this will be broadcast live.

Released on Feeding Tube Records a week ago, copies from the label have already fled. You can find these records for sale at Forced Exposure. Each recording embodies the heavy and lite aspects of sound. This feature is complimented with mostly clear physical vinyl, darker swirls towards the center. A touch of love for those who enjoy the physical medium. Take a look through the pictures below to see. Feeding Tube Records has already announced there will be a second pressing. The digital is available from Elkhorn's bandcamp page. 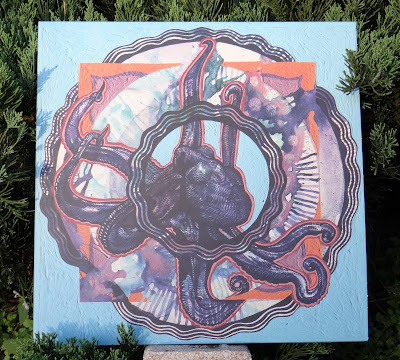 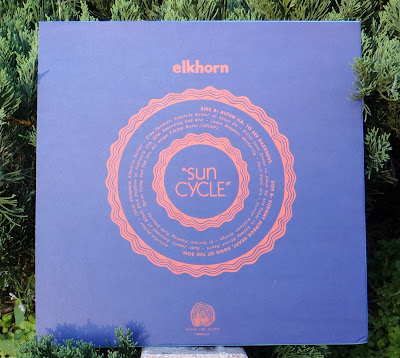 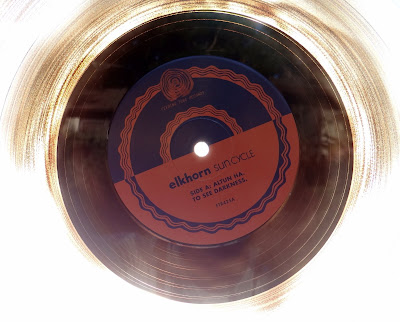 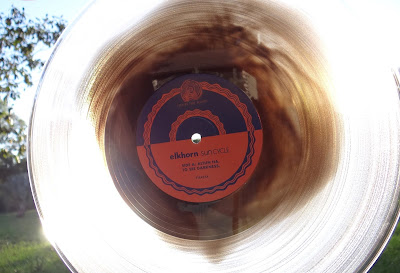 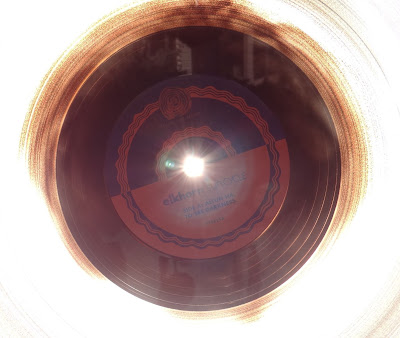 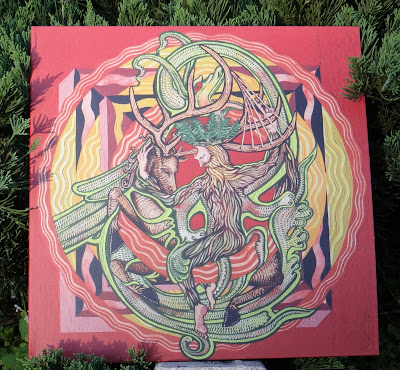 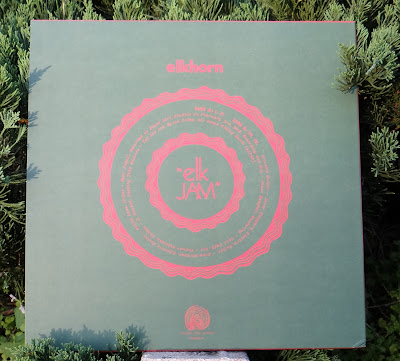 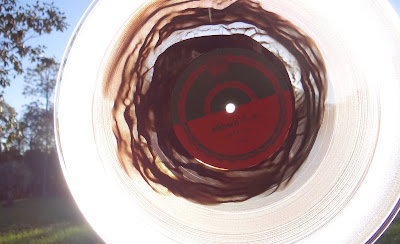 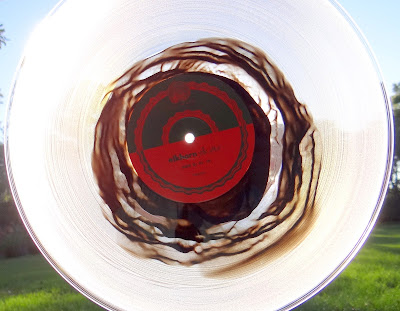 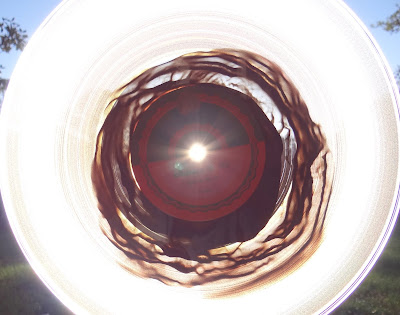